The 50 kWp intelligent solar power plant generates electricity for the ventilation
and lighting needs of the Länsisatama passenger terminal. 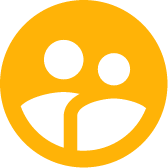 The 50 kWp intelligent solar power plant generates electricity for the ventilation and lighting needs of the Länsisatama passenger terminal.

The power plant has been implemented with domestic SaloSolar solar panels, the operation of which is enhanced by intelligent power optimizers and inverters.

The West Harbor solar power plant is in a really windy location, practically on the sea. To minimize the additional weight of the wind load and roof structures, the power plant is mounted on an east-west rack. In addition to the weights, the racks are secured with angle brackets. The fastenings were made with bitumen glueing, so no penetrations have been made in the roof.

Do you want to know more about this case?

Each of our projects is unique and tailor-made for our customers. If reading this case has inspired you and you want to know more on this case? Or do you want to know what solar energy has to offer to your company, do not hesitate to contact us.

Learn about our featured projects